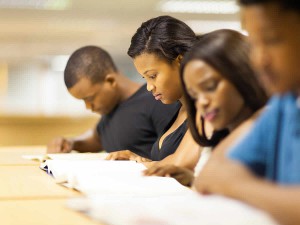 The City of Johannesburg Executive Mayor, Councillor Parks Tau has revealed that the metropolitan municipality has secured a partnership with Microsoft SA to train a million disadvantaged residents on digital literacy skills that include Microsoft Office.

The ground-breaking announcement made Johannesburg the first African city to close a workforce development deal of this magnitude for its residents.

Mayor Tau said: “The training, to be offered at no cost to participants, will be conducted over a five-year period in Johannesburg public libraries, which are already attached to the Vulindlel’eJozi Youth Programme’s Massive Open Online Varsity network.”

Mayor Tau also pointed out that the digital literary skills training to be offered is relevant to the job market demand. “The course is set to break down a significant barrier to opportunities for disadvantaged residents, particularly as it builds digital literacy and connects with the rest of Vulindlel’eJozi objectives,” he said.

He further said: “In South Africa, every office needs people who have these skills, and every working age resident can get a head-start with digital literacy.”

The new partnership will see the participating young people also linked-up with other developmental initiatives under Vulindlel’eJozi, which include entry-level job matching, matric rewriting and vocational skills training, as well as entrepreneurial skills development.

Speaking on the partnership initiative valued at about R200-million, Mr Hoosen quoted a recent International Data Corporation study stating that more than 50% of today’s entry-level jobs require proficiency with digital technology. He said this is expected to expand to 77% by 2022 – adding that South Africa was following international trends in this regard.

“This partnership and the impact of what we do here today will enable us to better empower the workforce of the future. A workforce that is diverse, boasting a youth culture that utilises their digital literacy to create a thriving city of entrepreneurs and highly skilled workers,” said Mr. Hoosen.

He added that “as we embrace this fourth industrial revolution, the potential for technology is unleashed and this programme will not only aim to provide the core digital literacy skills, but will enable the residents of this city to better their lives and those of their families.”

Deputy President Ramaphosa noted that the Johannesburg and Microsoft SA partnership “gives real effect to the National Development Plan and Vision 2030” in that it links skills development with job market needs. It is also an inspiring example of how government and the private sector can collaborate to address the most pressing challenges that the country faces,” the Deputy President said.

Recruitment of the one-million residents under 35 years old to be trained in digital literacy that include Microsoft Office will be through registration on the Vulindlel’eJozi mobisite;www.vulindlela.mobi from the 1st of September 2016. Residents aged over 35 will be able to register at their nearest public library MOOV centre.